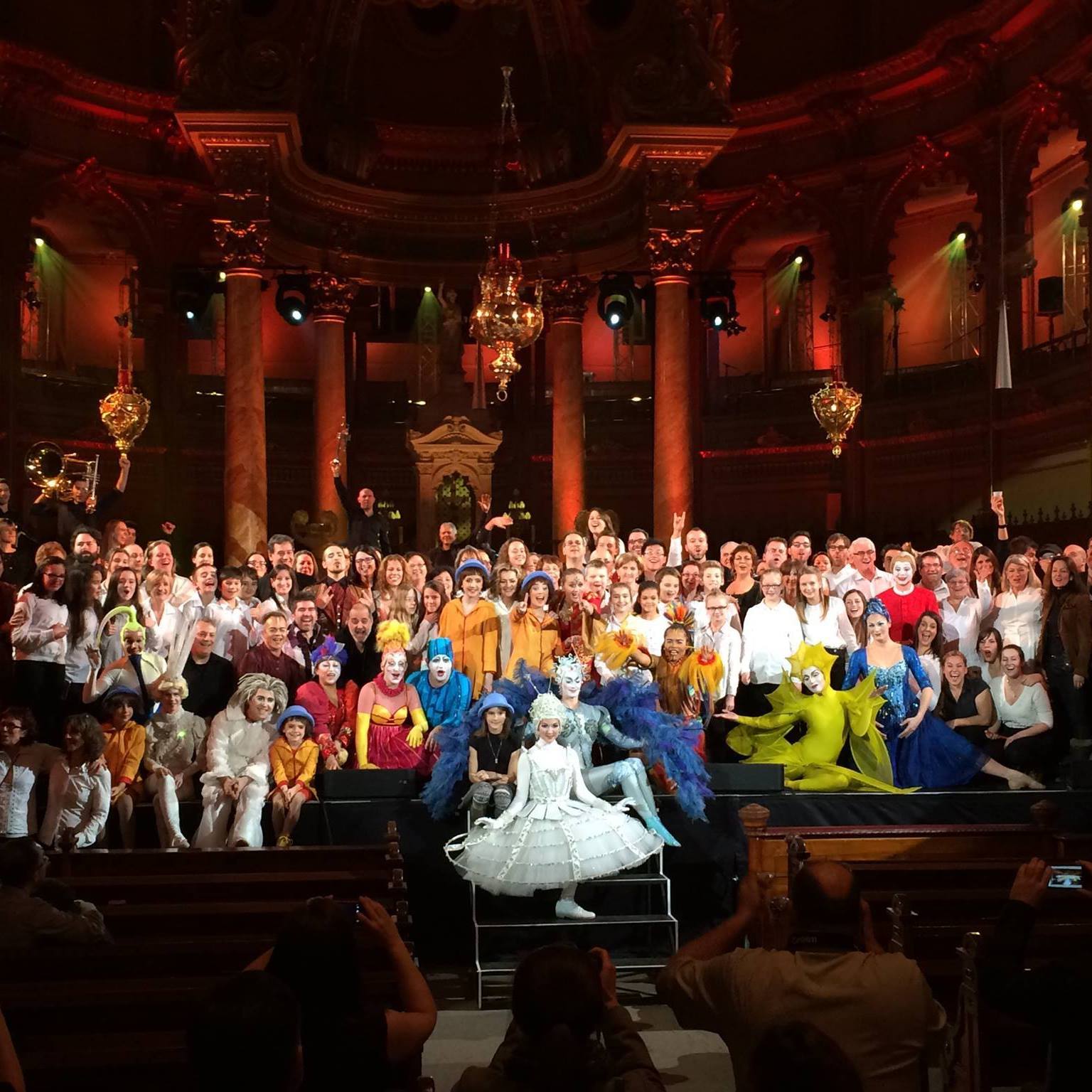 The five brass players of Magnitude6, accompanied by their collegue Maude Lussier on the French horn, had the honour to partake in the concert celebrating the 30th anniversary of the Cirque du Soleil, within an ensemble comprising 28 musicians, accompanied by 8 soloists and 70 choristers. The programme featured musical excerpts stemming from the most popular Cirque du Soleil productions of the past 30 years. The concert was presented on 18 occasions at the Église St-Jean-Baptiste between December 13-28, 2014.

The arrangements, orchestration and orchestral conducting had been entrusted to composer Frédéric Chiasson.