Yes folks! On August 27th, 2014, at 3PM at the Lion D’Or, you’re cordially invited to attend the launch of the CD in which I had the honour of participating! Fiestango is a group whose notoriety is already well-established and who deserves to be discovered!

On the program for August 27 : a premiere by Helmut Lipsky ,  Melanco-oliques (which you can listen to here), for Flugelhorn, piccolo trumpet and B-flat trumpet! A masterpiece of skillfull musical writing. Also on this CD : Milonga del Angel, for tango afficionados! Milonga del Angel An event that is not to be missed! 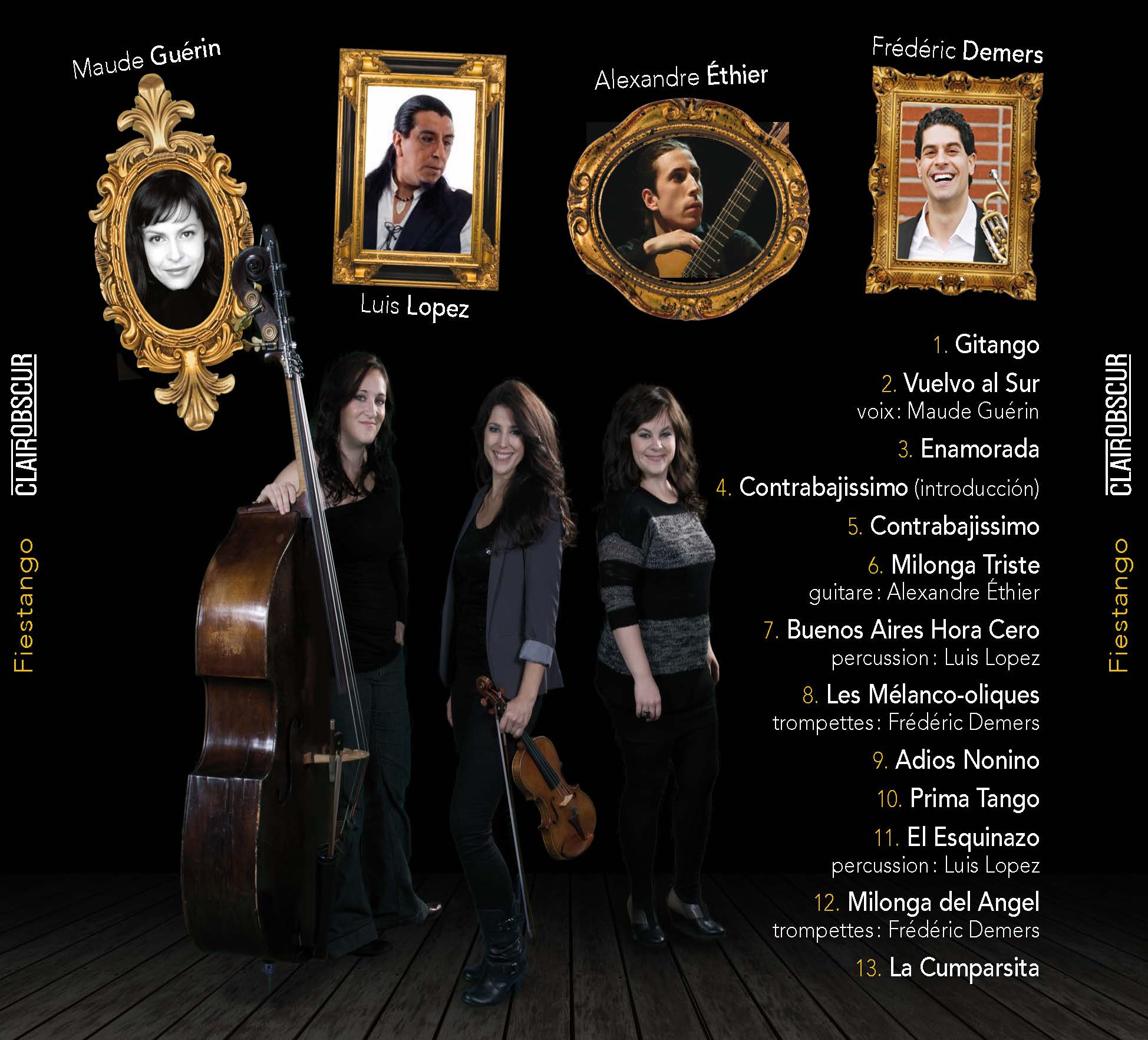